Super heroes have always had a great fan following. The fans belong to a wide range of age groups. Let’s not forget that the man behind many of the famous super heroes is in his seventies. He is the man we all know as “Stan Lee”. One of Stan Lee’s greatest creations is “The Batman”. What makes Batman great is that he was not born with super powers and neither was he ever bitten by a genetically mutated bug. He became Batman by overcoming his fear, his commitment and dedication towards helping people and his undying vigor to fight crime. 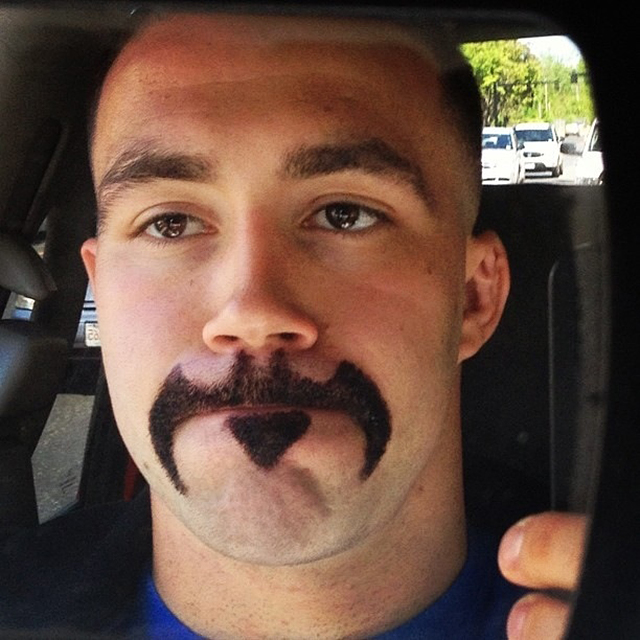 The masked crusader of Gotham has seen many different identities since the 1940s. The Batman logo itself has gone through many steps of evolution to reach what we see on the silver screen. However, what I am about to show you now tops any other form of the logo.

Re-editor Chris Musaf posted a picture of his friend that is making waves. This unidentified friend has made the most of his facial hair; by shaving it in the form of the Batman logo! Thick facial hair has enabled this fellow to give a remarkable look of the logo and it certainly stops one in the tracks at first sight. It must have taken hours of careful shaving to give the hair such a perfect look. I believe this guy can be a part of the upcoming Batman movie, where his appearance would mean the arrival of the super hero. So look out all you villains of Gotham, if you see this guy with the Batman logo on his face, it means you are about to get pounded by the real deal!