Beards have a history that originates with that of mankind. Men from the Stone Age, of course, had beards. Over time, beards have seen many shapes and sizes, linking them to various cultures. The most commonly known is the French beard, also known as the goatee. Various countries and cultures have their own trade mark styles of beards. German designer Christian Goldemann has another way of identifying beards, and a very humorous one I must add.

Using his creativity, he designed a “beard chart” that resembles various typography fonts. This chart is called “The Typography Beard Guide”. Goldemann has shown many outlined beard styles with their names, and then has mentioned the fonts that resemble the look of the beards! Let’s take a joy ride through this laughter filled guide.

There are many more beard styles

in the following Goldemann’s chart with their matching font styles mentioned. It’s a wonder, the human mind, isn’t it? Artists, using their unique creative abilities can create a link between the most un similar things. A creative mind enjoys the freedom to think out of the box; and that is exactly what Goldemann has done. Try the chart and match the beard styles with the fonts; just for the fun of it. I know I am going to do it.Sayonara! 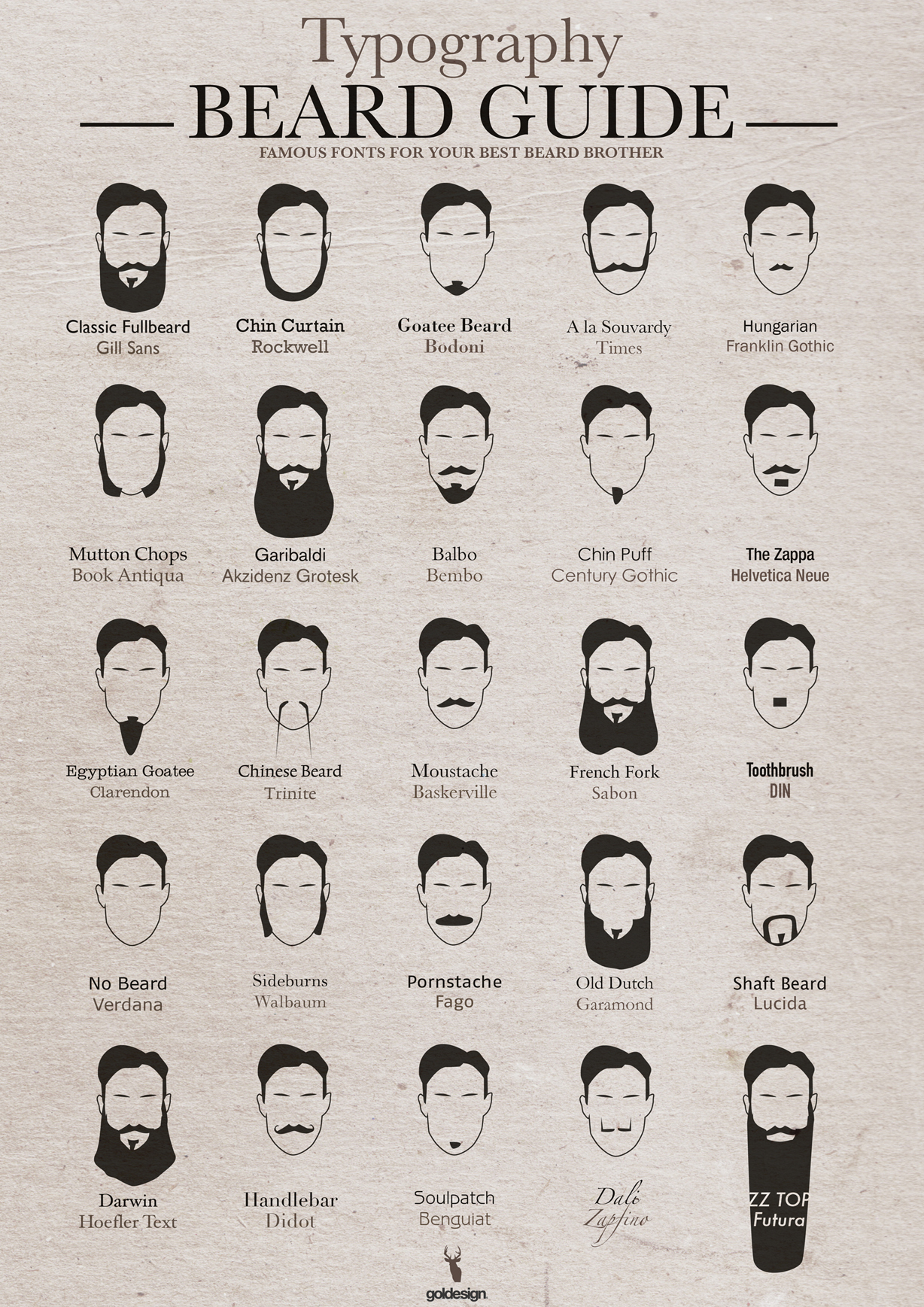