The title is one of the most famous songs associated with wild, tough guys. It is also an idiom used in daily life, especially when a wannabe stud introduces himself. However, memory cannot recall anyone other than fictional characters to actually live up to the name. Tippi is the only one that justifies this phrase. 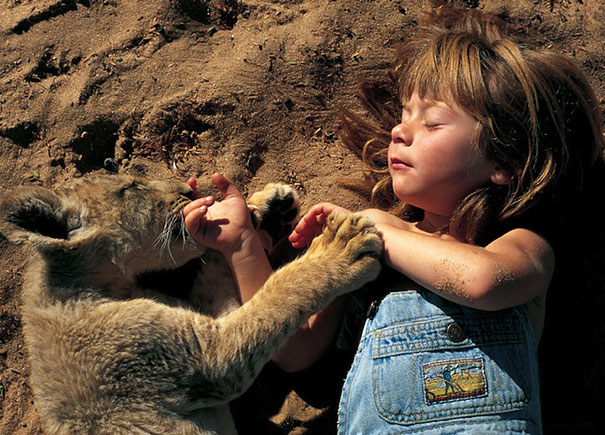 Born to French wildlife photographer parents, Tippi Degre’s childhood is filled with lots of friends; only, her friends are wild animals! I guess this comes with the package of being the offspring of wildlife photographers. Regulation parents won’t even let their pet dogs get too close to their children. Tippi’s parents, on the other hand, have spent their lives with wild animals and it is only natural that their daughter spent her childhood with the animals too. In their book called “Tippi of Africa”, the girl’s parents have documented her childhood with a series of unbelievable pictures. 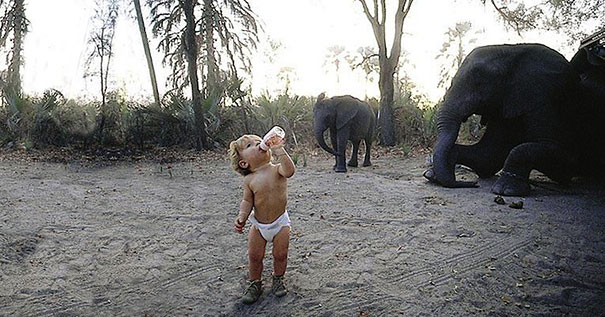 As a toddler, Tippi was more than comfortable playing with a 5 ton elephant! One of the pictures shows her enjoying a cold drink out of a feeding bottle, while surrounded by elephants. Another picture shows her taking a nap with a lion cub. Tippi’s childhood is an extraordinary story, captured by her parents’ cameras. It is one of the things that are better defined visually than in words. Can you imagine your child playing with a snake? Well, Tippi plays with them like they were toys! 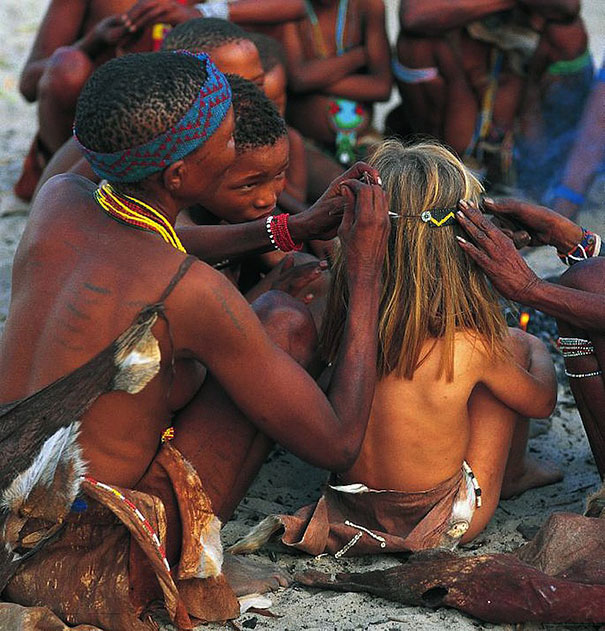 A few of Tippi’s photographs show her being groomed and trained by a traditional African tribe. This shows the love these natives have for her and her family. Other photographs show Tippi getting her hand licked by a cheetah, riding an ostrich and even cuddling a giant frog. This goes to show that no matter how wild an animal is, adaptability is always a part of its nature. As for Tippi, the girl is truly born to be wild! 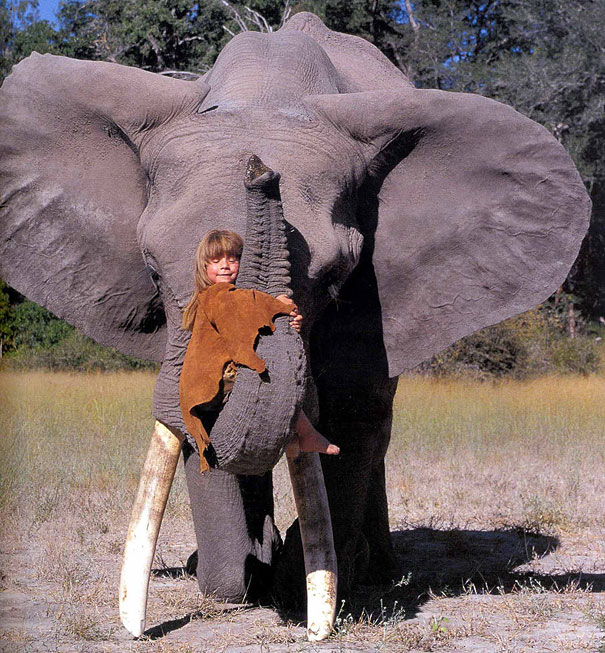 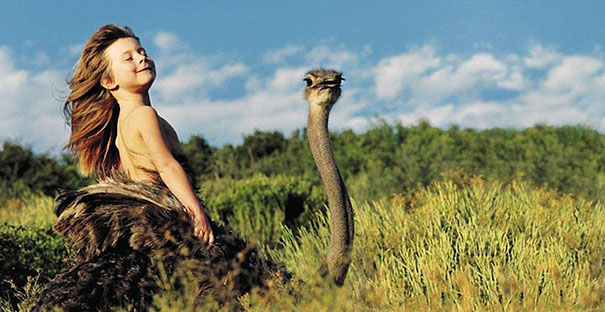 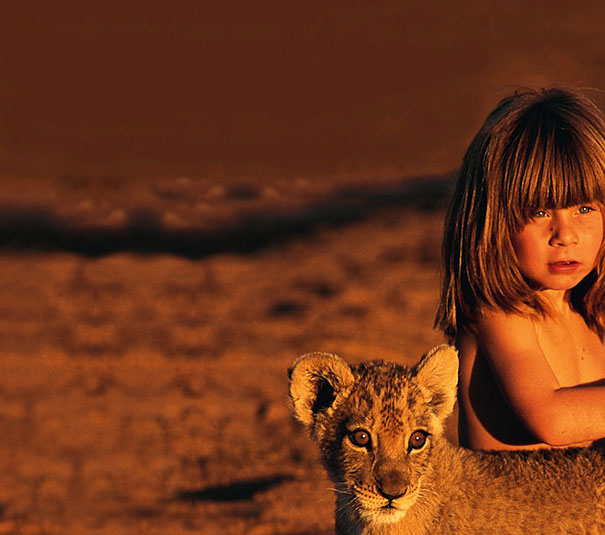 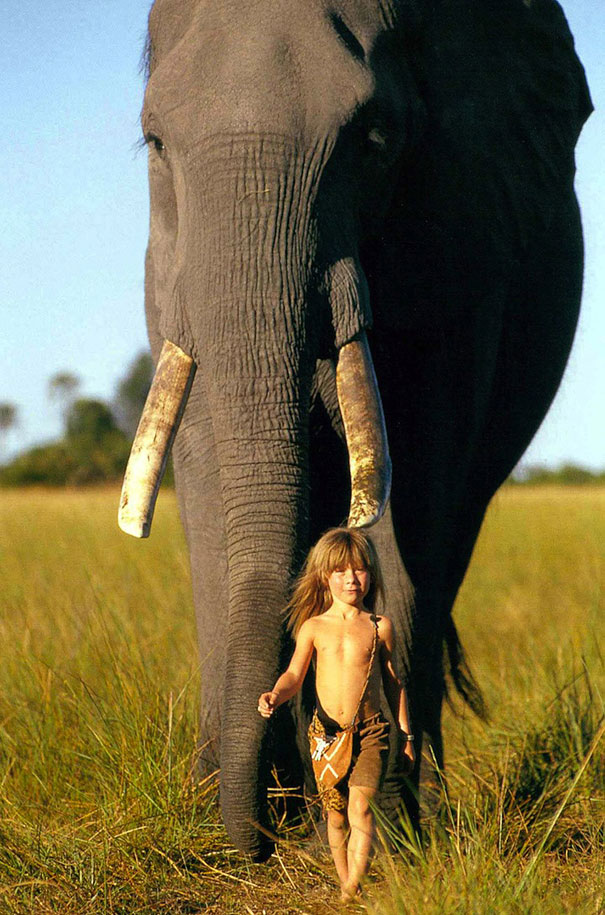 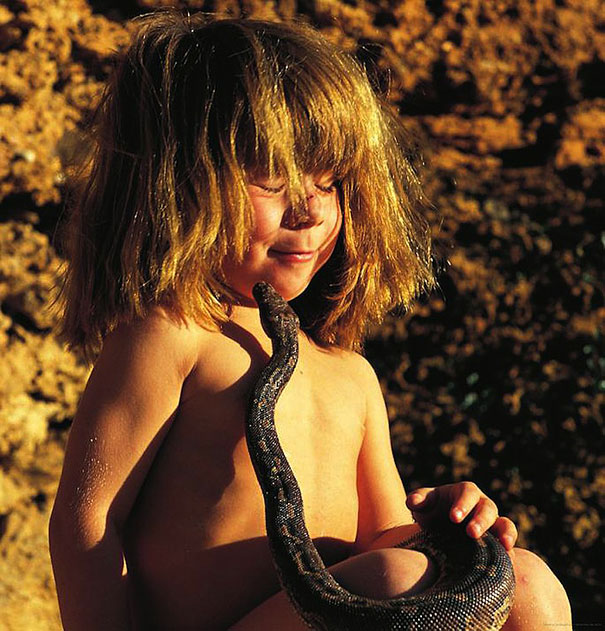 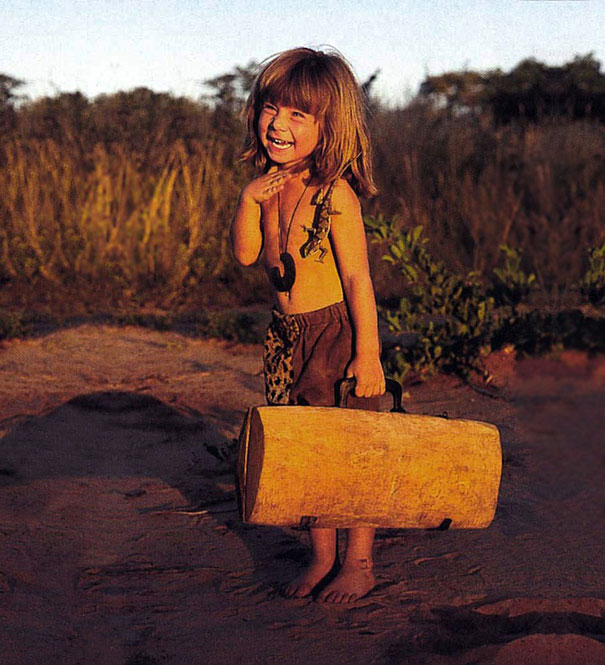 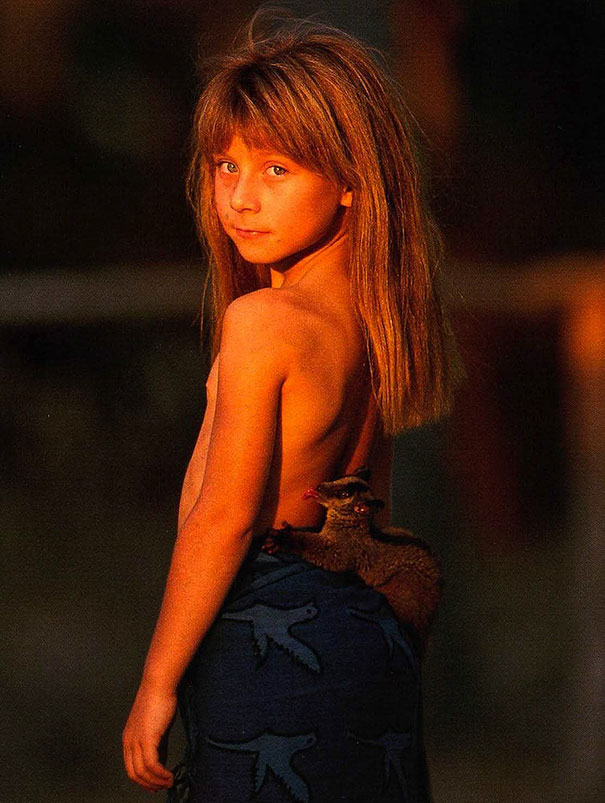 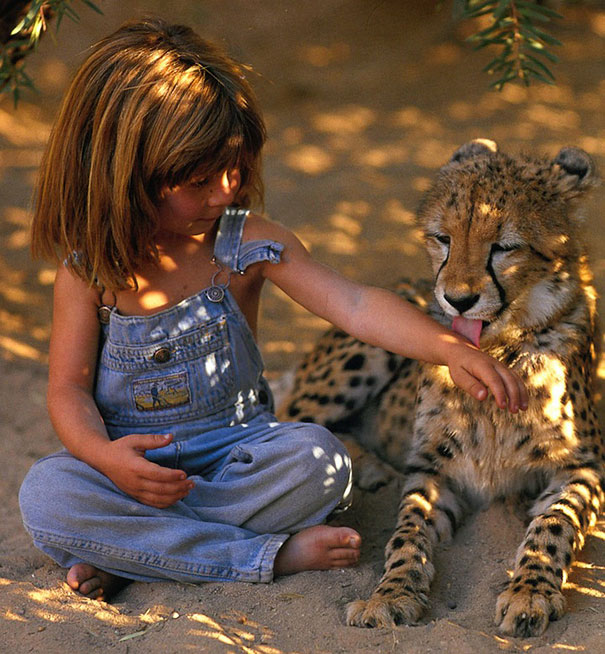 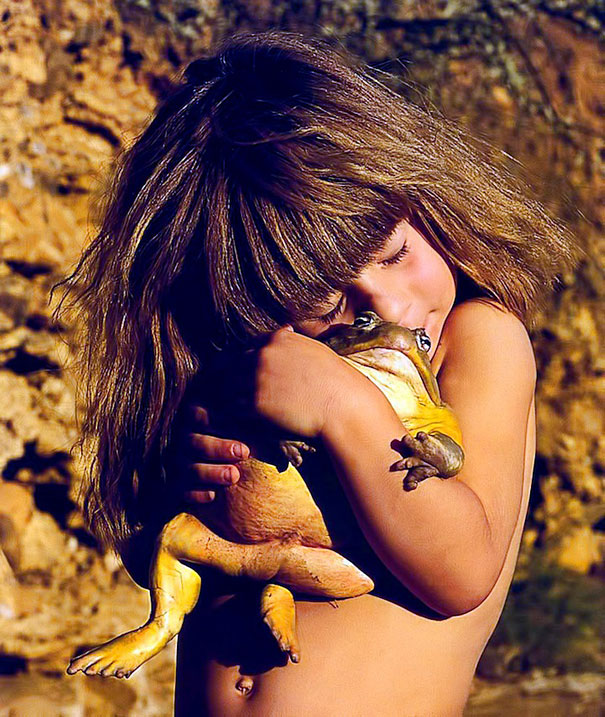 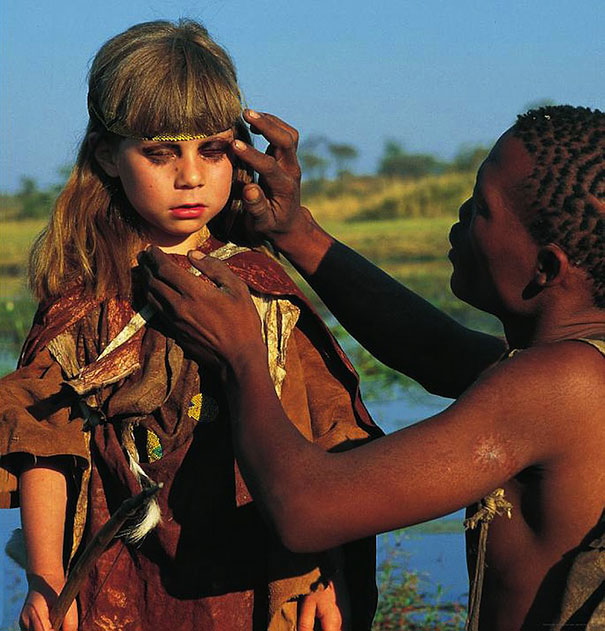 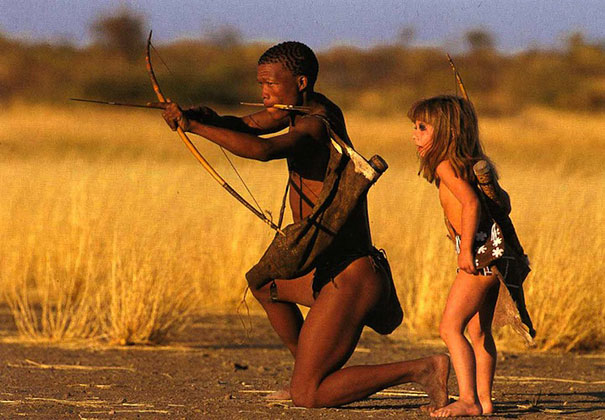 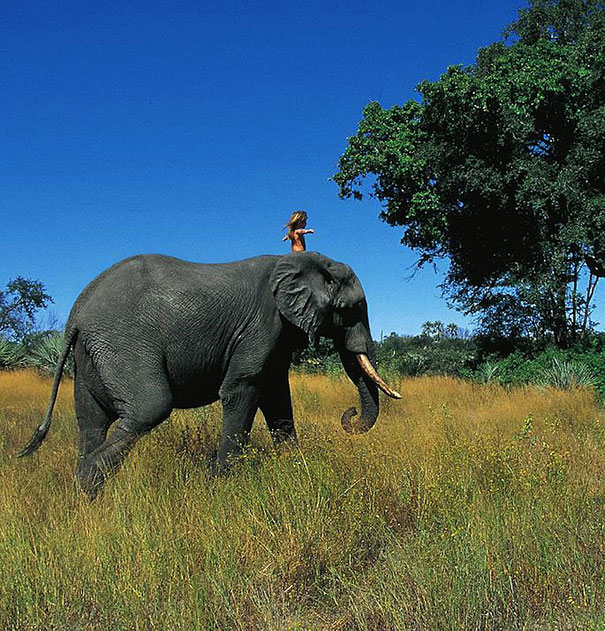